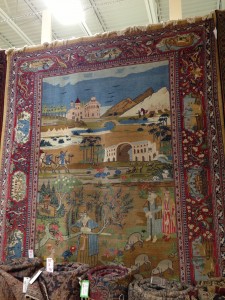 Rugs and carpets have been around for centuries. However, no one knows when the tradition of weaving actually began.

Experts and scientists have discovered some of the oldest rugs in existence. Many are displayed in museums of ancient history all over the world.

The oldest surviving pile carpet in the world is called the “Pazyryk Carpet”. It was discovered in ice in the valley of Pazyryk (a valley of the Ukok Plateau, Siberia). The rug has been preserved for over 2500 years  in a Siberian burial ground. The origin of this carpet is attributed to either the Siberian Turkic groups, Scythians or the Persian Achaemenids. After being discovered in 1949, the world’s oldest rug is displayed in the Hermitage Museum in St. Petersburg, Russia.

There have been many other antique rugs discovered in different countries, including ancient Persia. Antique Persian rugs are exhibited in museums and are often sold at auctions for hundreds of thousands of dollars.

Mark Gonsenhauser values antique rugs, and often displays an antique rug from his own collection. This beautiful rug has been in his family for over 100 years. This stunning rug is still in very good condition but it is not for sale. However, Mark has many other antique rugs to choose from or he can find one for you.

Mark Gonsenhauser’s Rug and Carpet Superstore in Virginia Beach has thousands of Oriental rugs and modern designs to fit every style.

Ask Us a Question

Get Directions to Our Store 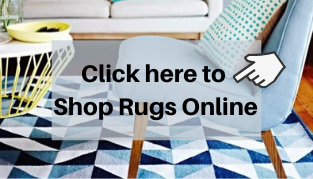